1980 - introduction of secondary belt, cleaner and with less maintenance
Collaboration with Porsche leads to a 4-cylinder V liquid-cooled 800cc, 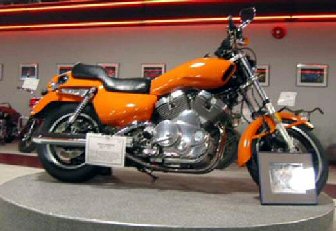 The Nova "porsche"
Only three copies of the "NOVA" will emerge, but reliability, much maligned for Harley
with this copy will become very close partnership between Porsche and Harley-Davidson.

The FLT Tour Glide 1340 cc comes out with a new framework for the first time with a five speed gearbox
and engine mounts on silent-blocks, to absorb vibration. 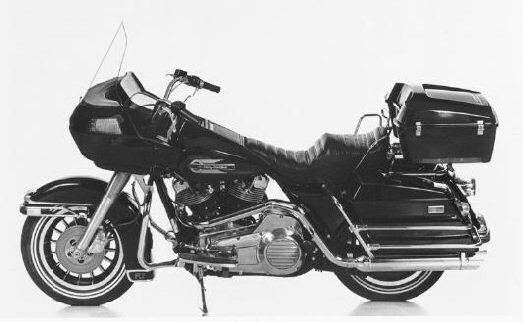 On 26 February 1981, a group of 13 policymakers, led by Vaughan Beals, proposes to purchase · AMF.
The operation performed on June 16 for $ 75 million, V.Beals became the CEO of the firm.

The same year, for environmental issues, the two exhaust pipes are connected between it,
and new silencer called "staggered" are mounted on the range.

1982 - The Superglide II is launched as FXR and FXRS models. Equipped with a box 5 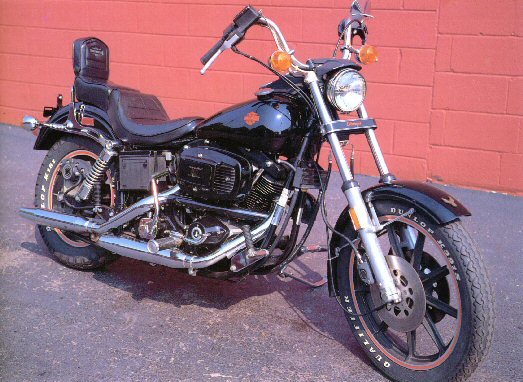 1983 - For its third application to the customs commission, an import surcharge
Over a period of 5 years is voted for Japanese models over 700cc.

The policy of the new CEO of that streamlines production on a MAN
"Material As Needed" (produced with the required), allows the release of a new Sportster
The XLX-61, a 1000cc stripped more than ever, the attractive price of $ 3995.


June 83 The new framework Softail ® was unveiled to reporters.

1984 - Following seven years of study in collaboration with Porsche, Harley introduced the Evolution engine
(BlockHead) of 1340cc all aluminum is actually an evolution of the Shovelhead 1970
It is more powerful (75HP), but also more reliable; Its release marks the End of the Shovelhead engine in June.


1984 will remain "a year of renewal" with the other key to the future success of the brand:
The framework that allows Softail Harley-Davidson to find a look of rigid frame
through two dampers hidden under the gearbox. 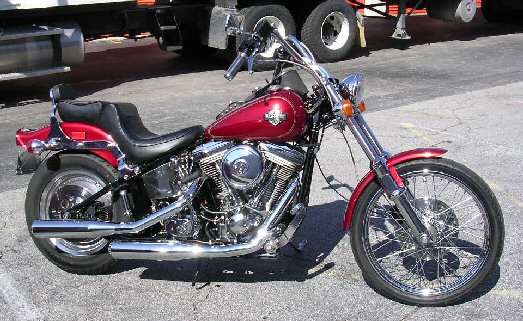 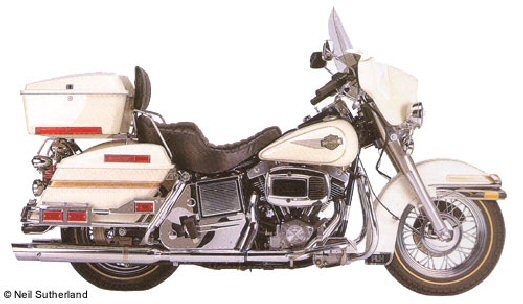 1986 - it was the turn of the Sportster Evolution engine to benefit from, the traditional engine
to 883cc, 1100cc and 1200cc and in a little later.
Disappearance of kicks in the Harley-Davidson; And the secondary transmission
password for the entire range 1340 cm 3 of the chain belt. 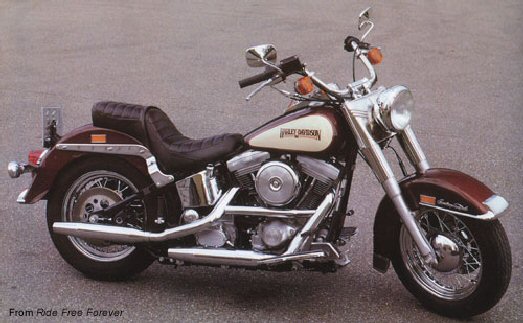 
June 27, 1986, HD offers for sale two million shares at 11 dollars each.
The success of the offer allows the company to build a war chest to
to see the future of the brand calmly, and even to ask the following year the repeal
the import surcharge on Japanese motorcycles, making for a Ronald Reagan HD "American success story".

On July 1, 1987, Harley-Davidson is officially listed on Wall Street.
The Sportster celebrates its 30th anniversary with the birth of a new model, the 883 Hugger.
The offer on Big Twin is enriched with The Heritage Softail Classic, Electra Glide and Low Rider Custom. 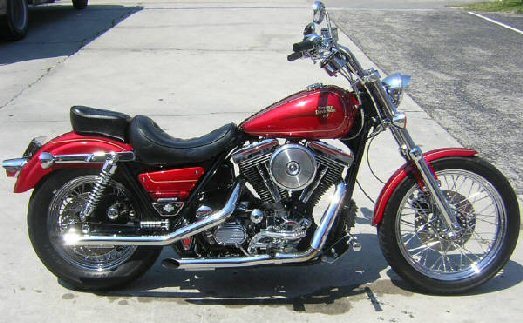 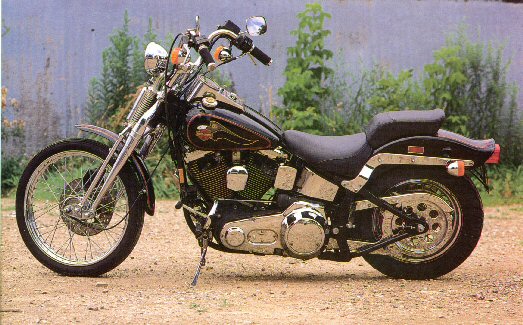 
The Sportster 1100cc to 1200cc pass. With over 60,000 participants
Harley-Davidson celebrates its 85th anniversary with a rally in Milwaukee. 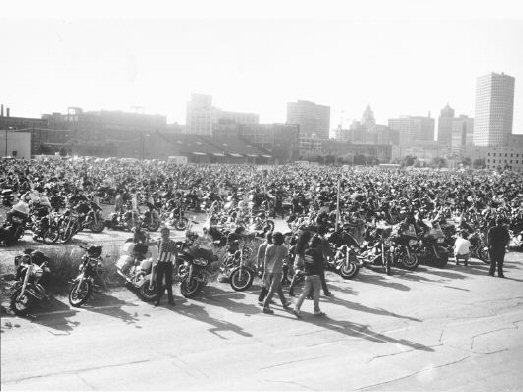