The 1970 raprochement with AMF and the use of fiberglass, created a new design created by WGDavidson. A back called "Boat tail" optional on the Sportster XLH, then as original equipment on the Super-Glide (FX). 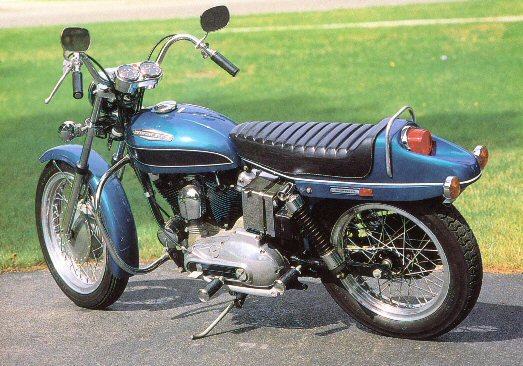 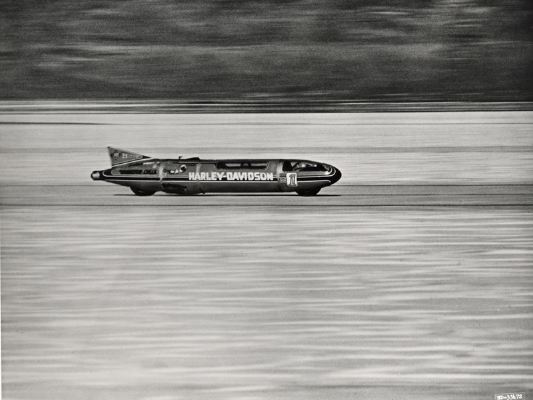 The "Early Shovel" or "Pan-shovel" disappears because of the emergence of a new housing that incorporates the alternator,
replacing the generator. An ignition contact breaker is placed in the new housing (ditto on the Sportster).
New cover a primary transmission finally integrating an access hatch (Derby Cover)
allowing the tension of the clutch: He purists scream! 
That same year, output of the XR 750: Largely derived from the Sportster, dévelloppé by the department head race Dick O'Brian 
1971 - The logo AMF-Harley-Davidson is affixed to the reservoirs of machines in Milwaukee. 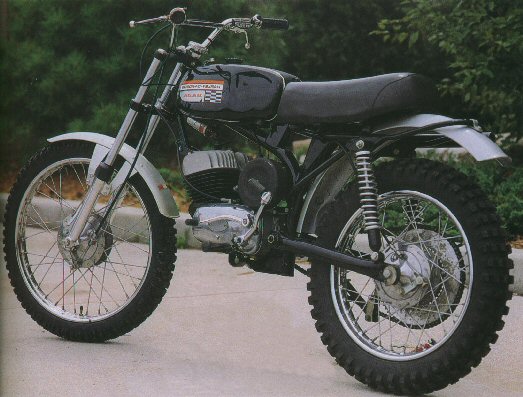 
1972 - The Factory Motor mounts for the first time a front disc brake on the Electra Glide equipped with the famous clip "banana".
All 1000cc Sportster pass for trying to maintain performance against the competition Japanese and English.

1974 - The plant of York becomes the unit of production and assembly to meet increasing demand.
Milwaukee no longer builds the gearbox and is the headquarters of the firm.
Despite an unprecedented strike of 101 days which paralyzes the production it is a record for the Sportster
with 23,830 copies, more than a third of total production which includes 15 models

1975 - All orders clutch and brakes are in line with Japanese production: the front brake
and the rear brake pedal go to the right, the shifter and the clutch migrate to the left.

1976 - The production policy still dictated by higher AMF undermines quality control and causes
gradually falling to the Firm. This choice of the company is due to the struggle for survival that pitted HD Japanese manufacturers

1977 - The entire range of Harley-Davidson equipped with an electric starter, but the kick is preserved.
A new Custom, the FXS Low Rider ... and the Sportster Cafe Racer XLCR are presented by Willie G Davidson in Daytona. 
1978 - 75 th Anniversary HARLEY DAVIDSON - The big-twin of the Electra Glide 1340cc passes (80CI)
All HD is equipped with an electronic ignition Motorola signed.
William H. Davidson gets rid of its share of Aermacchi.
- Scott Parker joined the team official Harley-Davidson dirt track. It will be the most successful driver who raced for Milwaukee
with no fewer than 93 victories and 9 relate "the flat" or Grand National Championships in 10-year career. 
In 1979 - At the commercial level, Harley-Davidson represents only 20% of registrations against 80% in 1969.
AMF wishes to separate from its Italian subsidiary Aermacchi: it resells to the Castiglione brothers who founded Cagiva.
In order to replace the aging Shovelhead engine, and study it in good conditions,
Milwaukee gets in touch with Zuffenhausen, the manufacturers Porsche