1960 the company manufactures the only scooter in its history: the Topper, a 165 cm3 2-stroke.
It features a fiberglass body and starts with a launcher-type mower,
produced 5246 copies he was unable to compete with the Vespa. 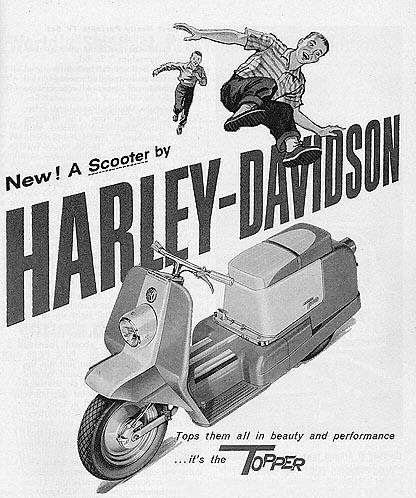 
To facilitate the buildup of its motorcycles, HD purchases in 1962, 60% of Tomahawk Boat specialist fiberglass.
Willie G Davidson (grand son of the founder) joined in 1963 the Motor Co in the design department.
He later gave birth to the FX in 1970, XLCR in 1977, the XR 1000 and most recently the V-Rod. 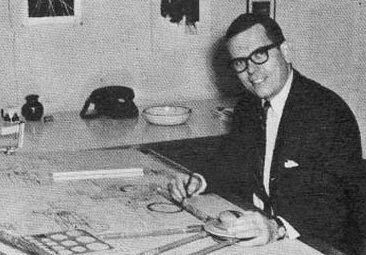 
In 1964 the used-car is the basis for the introduction of the electric starter circuit with 12 volts, In 1965 the duo-glide that takes advantage of changes and becomesElectra-glide equipped for the last year Panhead engine.
The "partnership" with Aermacchi gives birth to a moped, the M 50, a 2-stroke carefully designed and finely decorated.

1966 great year for the firm, appearance Shovelhead engine (head shovel), a 1200 cc OHV.
Down near the Panhead engine remains, and we talk about early-shovel, or Panshovel during the three years of manufacture.

1967 it was the turn of the Sportster switch 12 volt electric starter, and Brigitte Bardot did not need anybody in HD. 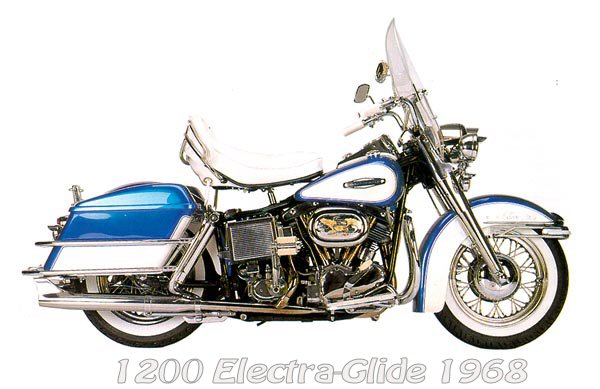 In 1969 the firm, still a family business is on the verge of bankruptcy, the company American Machine and Foundry Company
(AMF specializes in Bowling, games) takes control of Harley-Davidson, with the President Rodney Gott, a big fan of Harley. That same year, the movieEasy Rider which features two Harley, wins the first film at Cannes.
It is with the famous Captain America film, The Madness of the chopper that will be born.
C'est avec la fameuse captain América du film, que La folie du chopper naîtra. 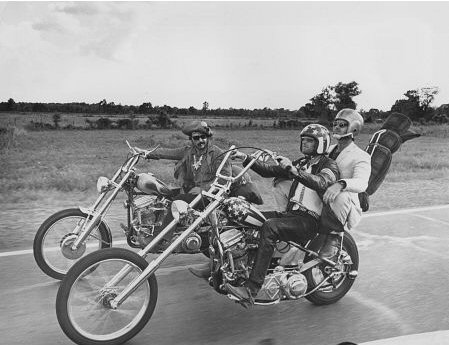