Babe Tancrede early 1940 became the most popular driver won the U.S. and 200 miles
HD introduces the Model F, a version of 74CI (1200 cm3) of Knucklehead.
Creation of the first all-female club "The Motor Maids" 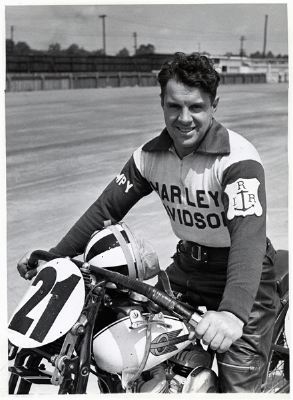 The war that knocks on the door drive the firm to "design" and then produce a new model XA
for Experimental Army. It is a flat twin of 750cm3 strongly copied the BMW R71
Don Loucks won the 17th victory for HD in the Jack Pine Endurance Run.
Following the attack on Pearl Harbor December 7, 1941 by the Japanese,
quickly all the bikes coming out of Harley-Davidson will be for the army. 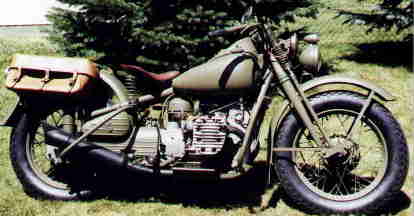 But in 1942 it is above the WLA that is produced, as only 1011 copies of x will
constructed and used primarily in North Africa confit.
Walter Davidson president and co-founder of HD dies at age 65, is William H. Davidson,
brother William, who took over as head of the Motor.
In early 1943 it was William Harley dies in turn, while Harley-Davidson received his first
military honors "E" for the quality of its production and its war effort. 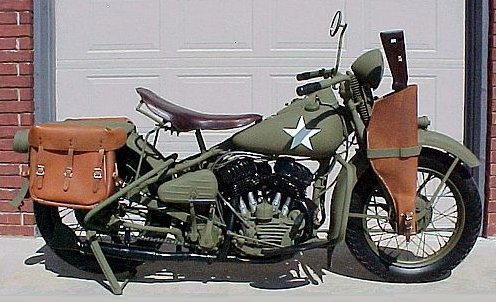 At the end of World War II, it is 90,000 motorbikes armed versions, which are factory outlets.
near the end of the war forced the Army to cancel the order of the last batch of over 11,000 WLA
causing the dismissal of 500 employees. In 1946 civil upturn despite strike
triggered by the workers that blocks the production for 5 months.
This is a new manufacturing site located on Capitol Drive that opened in 1946,
the unit of Juneau Avenue remains the assembly shop.
The movie The Wild One takes as its starting point the
fact of various Hollister in 1947.
The character played by Lee Marvin, "chino" plagit William Forkner in Knucklehead "bobberisé"
(First biker history, Boozefighters TM). End of production of Knucklehead. 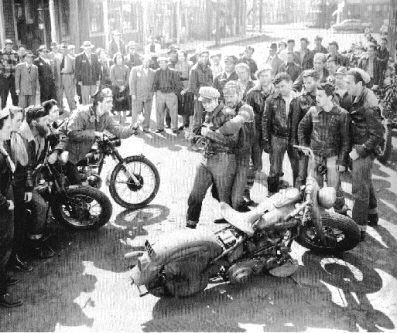 L'Équipée Sauvage (The Wild Ones)

Important developments for 1948 Harley-Davidson, since the engine "Panhead" with rocker cover
shaped "pans" goes into production, it features aluminum cylinder heads.
Its valves are controlled by hydraulic lifters, controlled by the camshaft by
means of wheels. Contrary to the image one is usually
Harley-Davidson mechanics, this engine is significantly changed for its time.
Commissioned in 1949 on "the Hydra-Glide" (FL) of the new hydraulic fork,
and Abandonment of Springer parallelogram.