Harley-Davidson just managed to survive the Great Depression, particularly because
of family structure that does not require it to satisfy shareholders.
HD launches this Flathead 74 (1208 cm3) and introduction of the Springer fork. 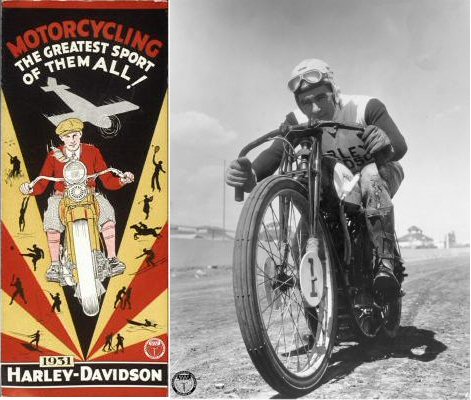 Indian 1932, the number one manufacturer turns to 5% of its capacity.
Magré crisis, HD Launches Servicar utility vehicle with 3 wheels, 750 cm3,
Its trunk is available in different versions to be tailored to the postman,
the newspaper boy, the policeman, or seller of ice, etc.. 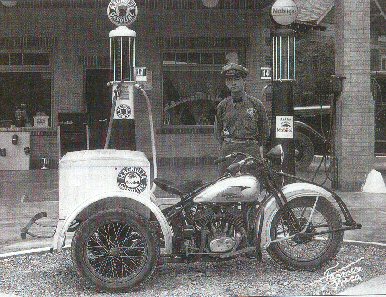 The recession hits the Motor Co: 1933 production fell to 3,700 machine
This represents 60% of U.S. production! (sold almost exclusively to police)
1934 in this year prohibition ended, HD stops producing the single cylinder,
and triple its production with 10,000 motorcycles.
1935 Joe Petrali wins the thirteen rounds of the championship "Dirt-Track"
on a "Blowpipe" series (S model racing). 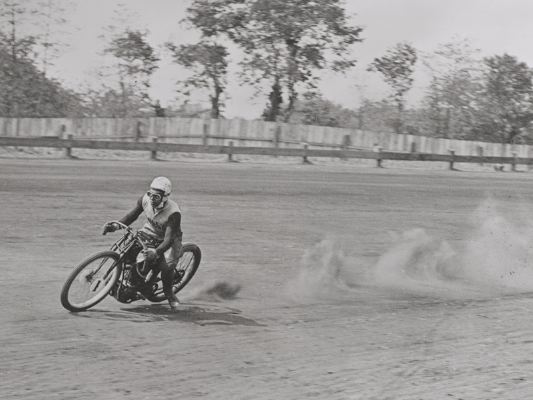 1936 Harley-Davidson, despite the continuing economic crisis, introduced the EL with
a motor 61 or above 1000 cm 3 with two valves per cylinder tumbled.
due to the shape of the fist two rocker he quickly takes the name of "Knucklehead"
he opened the Fat Bob fuel tank, a new chassis lubrication and a "round trip". 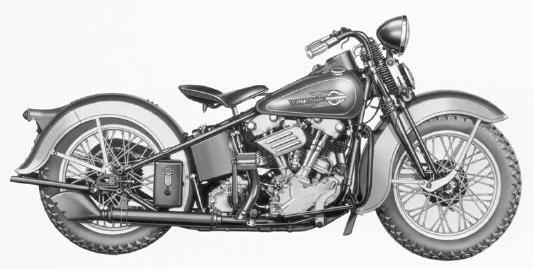 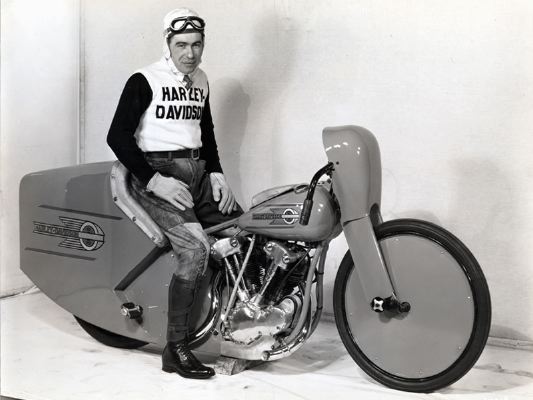 Riding a "KnuckleHead" profile, in 1937 Joe Petrali beats the speed record on the beach
Daytona at 219.254 km / h average speed of 1 mile.
William A. Davidson, died in Milwaukee at the age of 66 years.
The Jack Pine Gypsies Motorcycle Club holds its first rally in Sturgis in 1938. 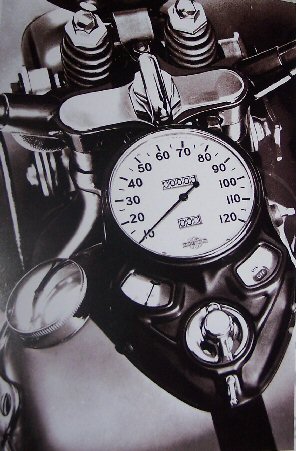 intrumentation happening on the tank and dry sump lubrication on all models
Joe Petrali withdraws from the race later this year to work for the billionaire Howard Hughes
he participated in the aviation project "crazy" the largest seaplane in the world.
In 1939 Ben Campanale wins for the second consecutive year the Daytona 200,
riding his WLDR average of 76.68 mph.
Two prototypes of WLA are tested by the U.S. at Fort Knox, England Order 5000 bikes.