Harley-Davidson became the largest motorcycle manufacturer in the world,
claiming resellers in 67 countries and producing over 28,000 bikes. 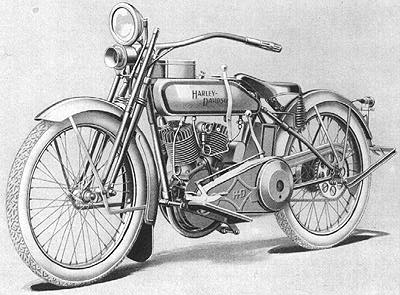 Harley-Davidson enters the history of motorcycle racing February 22, 1921
being the first to win a race with an average speed over 100 miles / h (160 km / h).
on the runway Board Track of Fresno.
In addition to models F and J of these 61 (1000cm3), Harley-Davidson sells this model 74 (1200 cm3)
JD model (with generator and lighting) and FD (magneto ignition) that develops 18 hp.
Following numerous deaths of drivers, and spectators on the slopes of Board-Track
the MM & ATA (the ancestor of the AMA) in 1922 imposes a maximum displacement of 500 cm3. 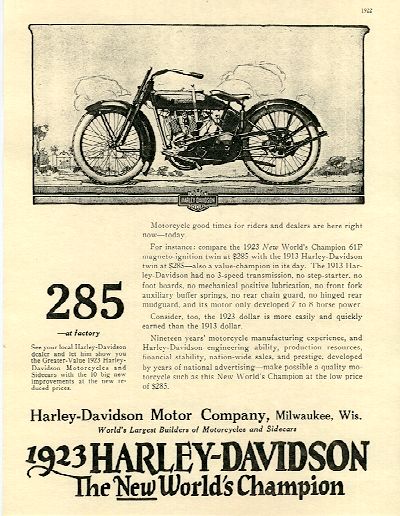 1923 Harley-Davidson installs a hinge on the rear fender, for easier removal of the wheel.
Despite a production capacity increased to over 35 000 machines a year, plant rice losses
and licenses, the number rose from 2 500 to 1,000 employees. 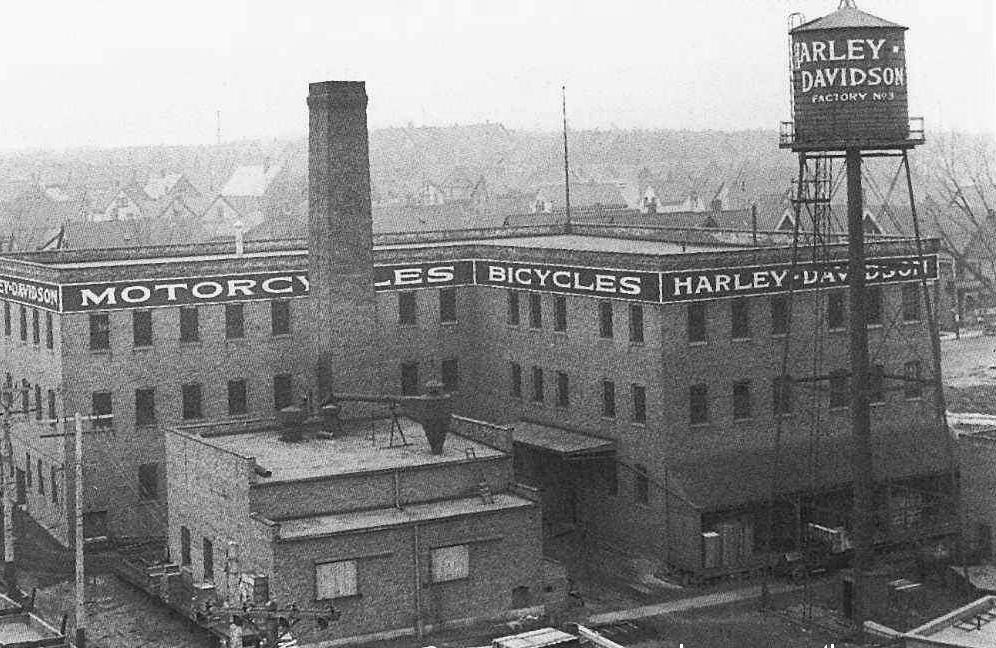 HD 1924 adopts a new lubrication system for grease gun, it definitely breaks
with aesthetics bike in 1925 and adopt one that still makes its success.
changes start with the frame (below), the teardrop tank,
(Teardrop tank) appeared on the sports "Peashooter" (pitch-eater) ... because of the noise.
exhaust, saddle, wheels (27x3/1/2) mud guards etc...
This is also the year of the first exports to Japan.

The crisis that installs since 1921, with a drop in sales which increased from 28,000 to less than 17,000 motorcycles.
To cope with a Model T sold for less than $ 460 (The JD-H 70ci Harley is proposed at $ 375)
the company remarketed the single cylinder, abandoned since 1918,
She also began production of Harley sides.
1928 The famous Harley-Davidson JD kind "two cam" also called "Twin Cam"
come into production. This is the time machine drive the world's fastest
with a top speed estimated at 100 mph (160 km / h).
HD is the first manufacturer to equip the front wheel of a motorcycle brake,
but many buyers having no confidence in this system,
hastened to unplug. 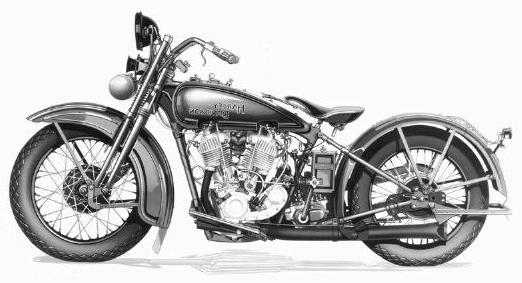 1929 Harley Davidson then makes its best sales of the decade,
in the October stock market crash on Wall Street is the starting point of a severe economic crisis.
HD sells its new twin-cylinder 750 cm3 or below 45 on the D series
This new V-Twin still stalled at 45 ° possesses a valve-side.
He was nicknamed "Flathead", ie "flat heads". 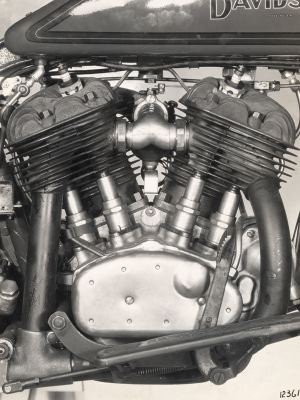