In 1911 the V-twin 1909 returns to service after being extensively modified.
It now has a distribution of semi-knocked and it liberates 6.5 HP.
Inherits the drum of vertical fins on the cylinder head in order to improve the cooling

Dice the 1912 model X8E of 61 is a success thanks to the clutch located in the hub of
rear wheel, it is called "Free Wheel control" and is controlled with the left hand by imposing a lever.
That same year, the brand offers these customers the choice of a leather belt or chain.


Despite good results in competition with private pilots since 1908, it was not until the advent of
William Ottaway, race engineer Thor brand for the firm bases its racing department,
late 1913 and committed a team in HD 300 miles of Savannah with 7 machines.
Irving Janke finished third behind an Indian and Excelsior. This is also the year when
the Harley-Davidson motorcycle is the first to pass the milestone of 100,000 miles (160,000 km). 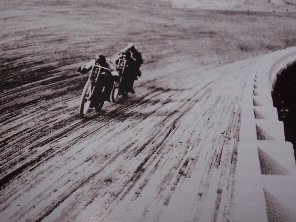 1914 Harley-Davidson now offers sidecar and motorycle-truck for sale,
and the start of single models and V-twin to spare pedals and the clutch.
In 1915 the primary and secondary transmissions pass through channels on the same side,
and a box of three reports made his first ascent of the Twin: "Model J"
the team won its first victory, winning the 300 miles from Venice to record average of 69 mph. 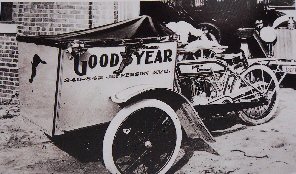 A new designation is given to motorcycles that takes into account the year of manufacture:
The HD 1916 models are no longer 12 but 16 models.
The tank takes Lots more rounded shapes. Introduction of the kick and the oil pump.
Harleys are for the first time military activities in Mexico to halt
the uprising led by Pancho Villa, is also the first year of publication of the magazine
"The Enthausiast" making it the oldest motorcycle magazine exist to this day.

1919 marks the resumption of competition. Most small manufacturers did not survive
stopped during the war of races. It is now a game in three
between Excelsior, Indian and Harley-Davidson as well as trading on the track!