The popularity of Harley-Davidson continues to grow during his 90 years
1990 - presentation of the latest model of the firm, told The FLSTF "Fat Boy".
This first version comes in a silver-gray livery called "gray ghost" dotted with a few
yellow keys on the supports of rocker arms, the ignition cover, trapping clutch. 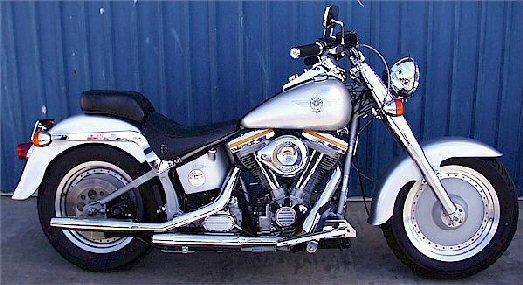 1991 - a new range of motorcycles was born when Harley-Davidson launches new framework called "Dyna"
This model, Called FXDB is unveiled at the fiftieth anniversary of the concentration of Sturgis (South Dakota). 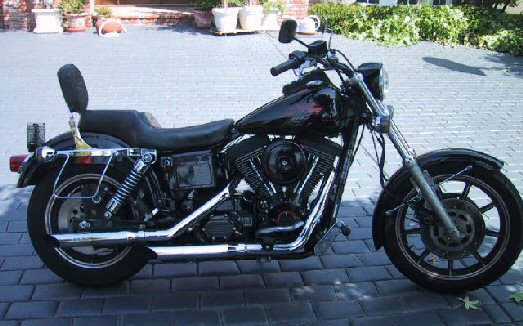 - The Sportster, the image of Big Twin, it adopts a 5-speed gearbox and adopts a secondary transmission belt.

1992 - It is the turn of the Daytona rally celebrated its fiftieth anniversary,
new limited edition Harley with the Dyna Glide Daytona

1993 to 90 th anniverssaire Harley Davidson with a limited production of so-called "90th Anniversary"
and Model Softail Heritage Nostalgia called "cow glide" in the U.S. or "Norman cow" in France. 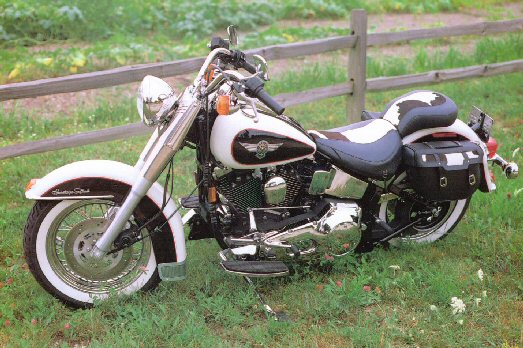 1994 - After putting a parenthesis participation in motorcycle races, Harley is back with the presentation of the
VR 1000, built only for racing, with twins at 60 °

That same year the firm tries without sucking, to patent the sound of his big-twin
Harley-Davidson buys 49% stake in Buell Motorcycle Company of which makes the plant since 1983
East Troy the only American sport bike powered by engines and 1200cc sportster 1000

1995 - Adoption of electronic fuel injection (Magneti Marelli brand) which is primarily imposed
by anti-pollution standards, more and more draconian in the U.S. and Europe.
Release of two new models, the tourer FLHR Roadking (Electra A "light") and Bad Boy Springer FXSTSB.
For the first time in its history, the production of the year sold over 100,000 copies. 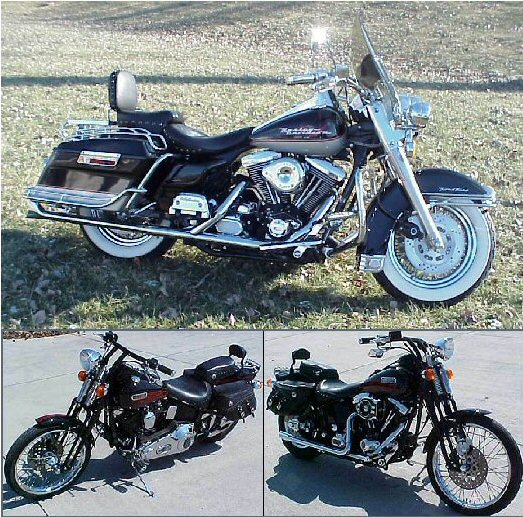 
1996 - Harley-Davidson Sportster 1200 Sport unveils, for the first time with a fork
and adjustable shock absorbers of Showa mark, it has also a double front disc.

1997-Out of the Heritage Springer Softail that pays tribute to Knuckleheads and Panhead 1948.
It comes standard with saddlebags with fringes and the antique fire back says "Tombstone" 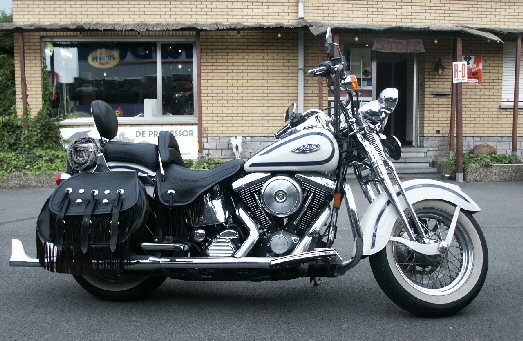 
1998 - The Company takes advantage of his 95th birthday to unveil its new V-Twin: The Twin Cam 88 below.
a cylinder capacity of 1450cc with twin cam, it is considered more powerful and more reliable than the Evolution.
Designed for fuel injection, it vibrates less and has better low-speed cyclic regularity.
First installed on Touring and Dyna (vintage 1999) and in B on Softails.